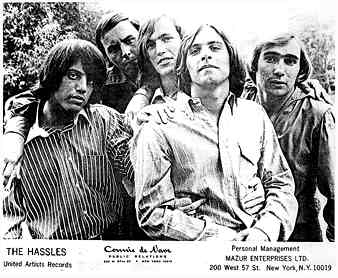 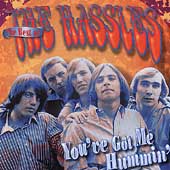 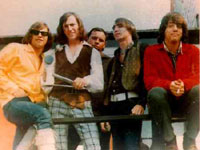 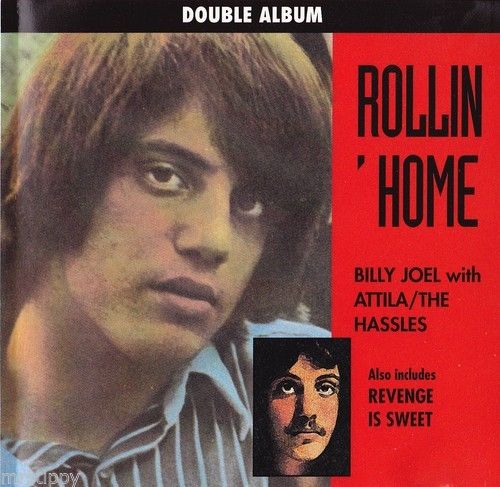 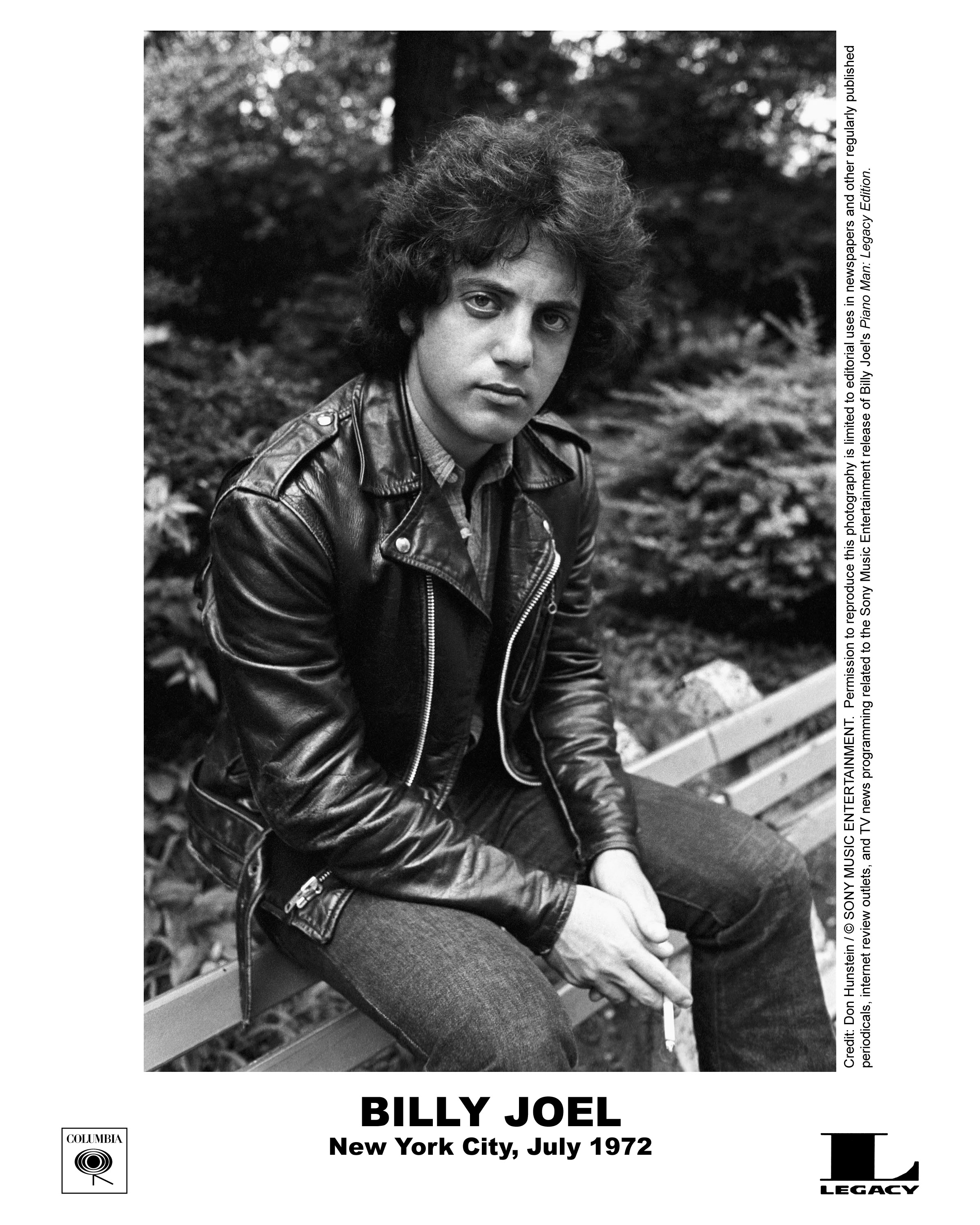 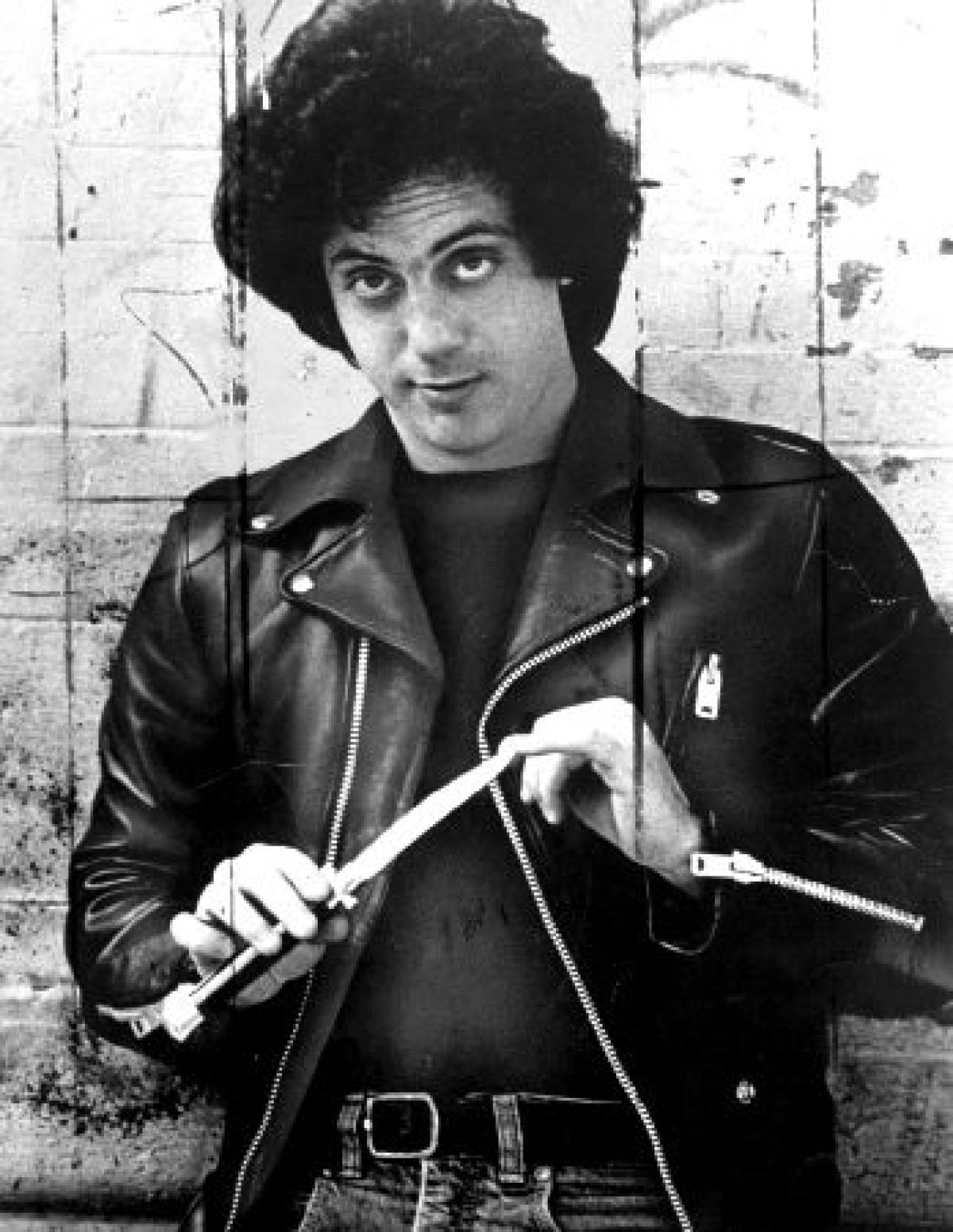 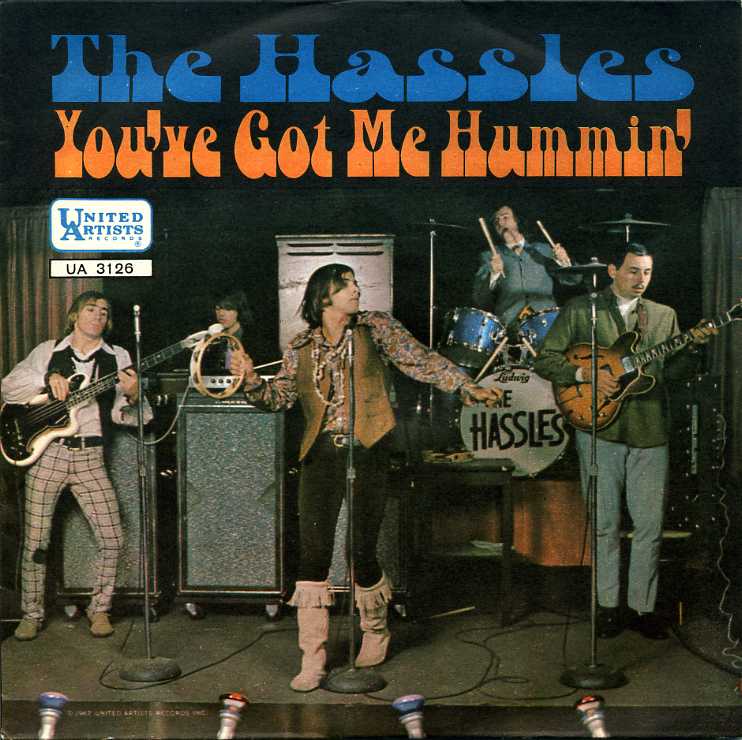 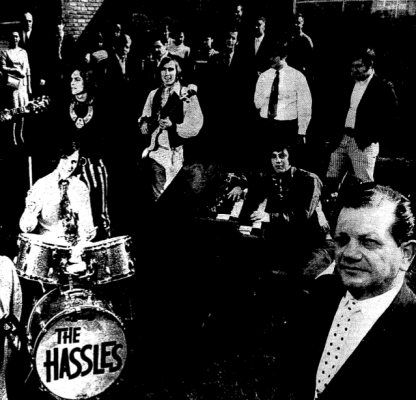 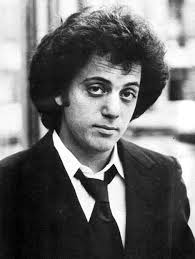 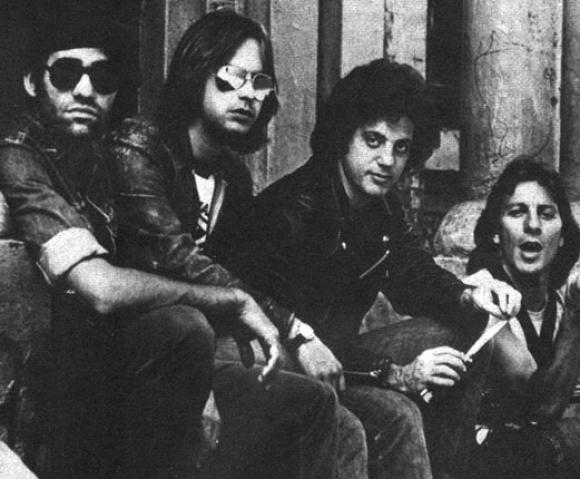 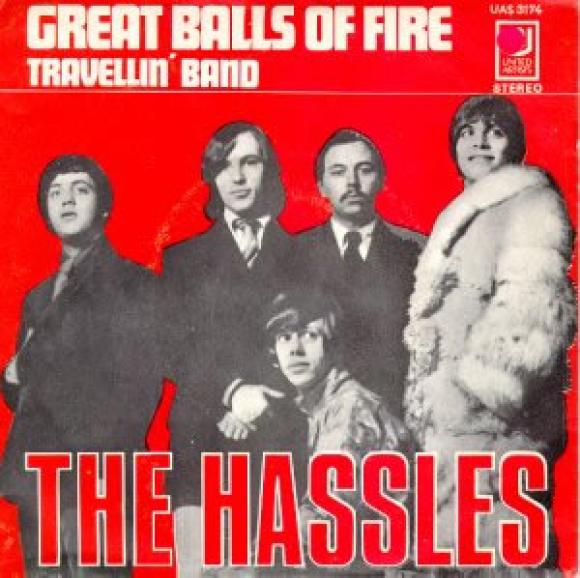 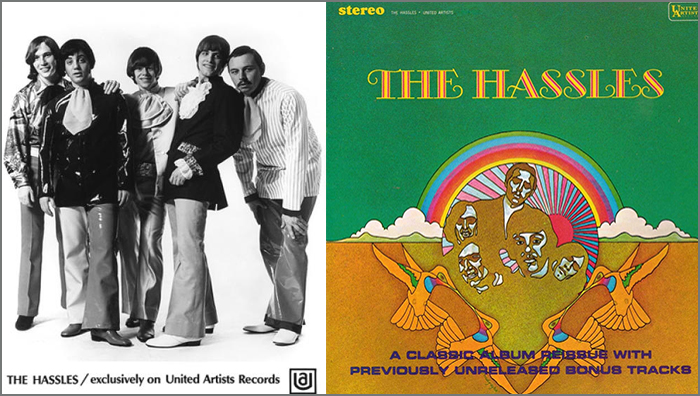 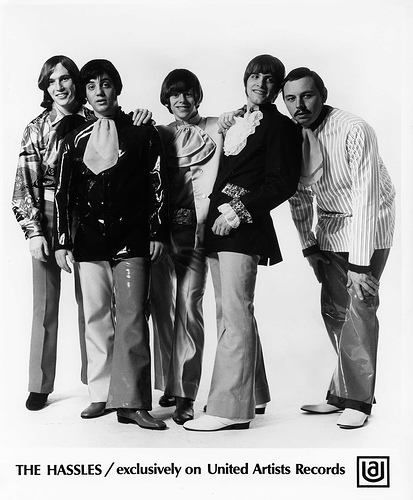 The Hassles found their place in music history as Billy Joel’s first recorded moment, but musically they deserve more. Though they only released two albums, The Hassles were a pretty proficient, highly enjoyable, though not particularly groundbreaking act that saw a fair amount of local attention in the Long Island area. The Hassles were a blue-eyed soul band, modeled somewhat after the Rascals, formed in Long Island in 1964 by drummer Jon Small, singer John Dizek, organist Harry Webber, and guitarist Richie McKenna. Webber was fired from the band in 1966 due to erratic behavior and Billy Joel, who had earned a local reputation as a keyboardist with the Echoes, the Lost Souls, and the Commandos (as Billy Joe Joel), was enlisted to take his place on the condition that the band also take on bassist Howie Blauvelt.

Though still a teenager, Joel was also able to add prodigiously soulful lead vocals and harmony. The group’s new sound quickly found a following through constant gigging throughout Long Island. United Artists signed The Hassles in 1967, releasing their self-titled debut by November the same year. The single, a cover of Sam & Dave’s “You’ve Got Me Hummin’,” made it to number 112 on the Billboard Singles Chart, but the album failed to make an impact outside of the band’s local following. In 1968, they followed with the more psychedelically inclined Hour of the Wolf.

The group disbanded the following year when Small and Joel left to form the heavier organ-and-drums duo Attila. Attila released one album for Epic in early 1970 that went justifiably unnoticed at the time and remains an embarrassment for Joel to this day. Joel went on to an incredibly successful solo career and Small went on to become a video producer. In 1999, The Best of the Hassles: You’ve Got Me Hummin’ compiled the best of The Hassles’ recordings, adding four unreleased cuts as well.

The Hassles (with Johnny Dizek, Richie McKenna, Jon Small and Harry Weber) were a band with perhaps the largest local following yet the worst luck at success.

Jon Small, at eight years of age in 1955, became a professional drummer with The Starfires. “The Starfires played mostly after school parties and sweet sixteens. By the time I was twelve, in ’59, we really started to make money. The work was steady and we stayed busy. By ’63, we were playing covers at The Runway on Hempstead Turnpike. I was making $150 to $200 a week and I was only in tenth grade. I had more money in my pocket than any of my friends. But there was a drawback. I was able to pick up plenty of girls but when it came time to leave with them and I had no car, well (sighs)…I couldn’t go anywhere, I was too young to get a driver’s license.”

A year later, Jon hooked up with Johnny Dizek, a singer, Richie McKenna, a guitarist and an organist named Harry Weber to form The Hassles. John Dizek reminisced, “Jon Small knew Harry Weber, Harry knew me from a group I was in called The Takers (with Larry Zampino, Bill Tracy, Allen Kahn and Bob Snoody (Ed. note: Thanks to Bob Snoody for the correct line-up.) and I knew Richie McKenna. I met Harry in school. I was sixteen, he was twenty-one and had just come back to high school to get his diploma. He was a real character. Harry had an old car that used to break down all the time.

We used to travel from parking spot to parking spot. Wherever it broke down, we’d stay in the car and harmonize. Harry taught me harmony. He had a guitar and I had a harmonica. We’d sit in that car, stoned, and sing and harmonize for days. Literally. We’d get cars to push start us–we’d tell them that we just need a push when, of course, we needed far more than that. After a while, they would give up and drive off…and we’d sit in the car and harmonize. Once, when we broke down on the Long Island Expressway, we heard about ourselves on the radio–“an obstruction on the L.I.E. is backing up traffic two miles”–and we’re sitting in car singing! (laughs)”

In 1966, the Finals of The Battle Of The Bands Competition were held before a James Brown concert at Forest Hills Tennis Stadium. The Hassles took home the trophy with their cover of Freddie Scott’s hit, “Are You Lonely For Me, Baby?” As their popularity rose, they found steady work. They entertained political royalty at a birthday party for Robert Kennedy. And they almost played for the most enthusiastic audience ever, according to John Dizek. “Sid Bernstein wanted us and almost had us. He and our manager, Danny Mazur cooked this scheme up: When The Beatles played Shea Stadium, we tried to crash the show. We came to the show in a big limo, our roadies got there earlier with the van. So, we’re sitting in the dressing room with Bobby Hebb and “Cousin” Bruce Morrow being cool. We saw The Beatles come in…Now, here’s the plan: we were gonna run on stage and start to play and not get off the stage. Let them drag us off! The kids would have gone berserk but The Hassles would have been known internationally! What a publicity coup! Well, anyway, it never happened. We got nabbed at the last moment and never got to the stage. We ended up in the dugout and watched the show with The Lovin’ Spoonful.” (John Sebastion said. “I don’t remember that. I remember being in the dugout but I don’t remember The Hassles being there. But, you know, there was a lot going on and, of course, memories are hazy…then again, we weren’t in real good shape, if you know what I mean.”)

Drugs began to travel the arteries of Long Island. Not Jon Small’s, though. Jon, who was married to Harry’s sister, Elizabeth, saw the results firsthand and up-close. “When the band started, it was the four of us together, although Harry and I fought over a lot of things. I became the leader of the band because I had some idea of what to do. Also, they were heavily into partying and I was not into drugs at all. I wanted more than they did.” Whereas smoking marijuana seemed de rigueur, Harry’s choice was sniffing glue. Onstage, Harry’s peculiarities set him apart. He sat low behind the organ with his hands creeping up over the keyboard. The instrument hid him. On occasion, he’d let out an odd scream. Kenny Holly, lead guitarist of The Gents, described Weber’s wail as “…the greatest scream, really blood curdling…really weird.” As The Hassles improved, Harry got worse, marked by extreme periods of violence. The Hassles were just beginning to get steady work when, on a tour of Florida, Harry went over the edge. Johnny Dizek: “Harry got kicked out of the group on that tour. He was sniffing a lot. One time, on stage, I was singing my part and waiting for Harry to come in. I looked back to see where his harmony was…Harry was playing the organ with one hand and had his head in a bag sniffing! It had got to the point where he could sniff glue and play at the same time! That set was a joke. Later, in the dressing room, for absolutely no reason whatsoever, he jumped Jonny Small. We had to fire him.” Jon Small: “Harry was crazy…he was always crazy. There were times when he was bearable, but those times were short lived as he became more into the glue and the scenes got uglier and uglier.” Harry Weber was out of The Hassles and Jon Small began to audition new organists.