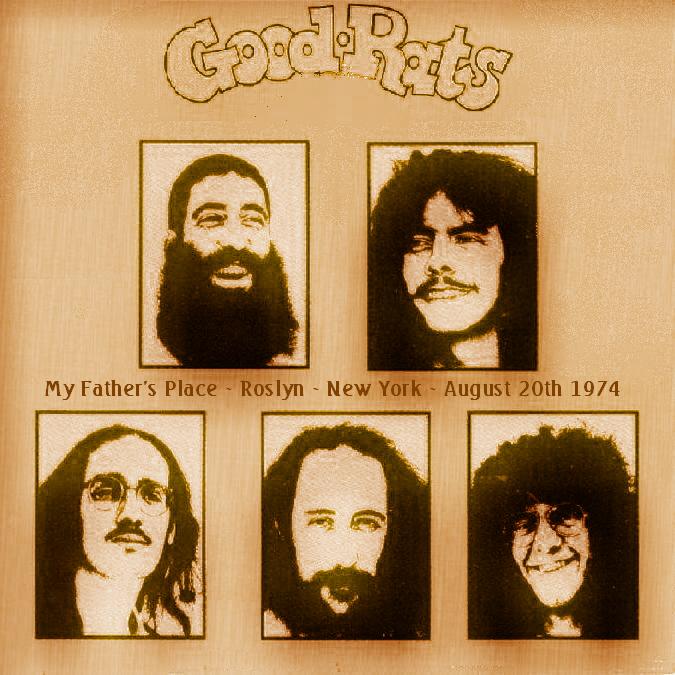 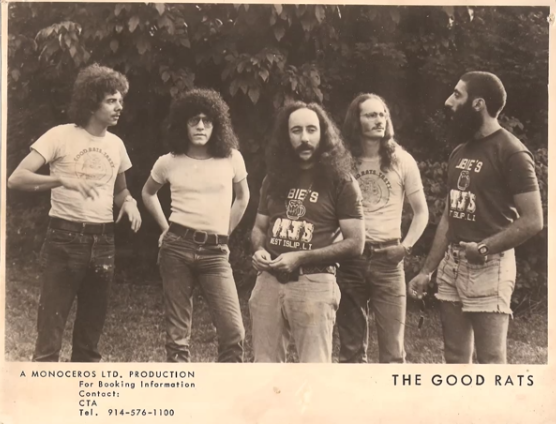 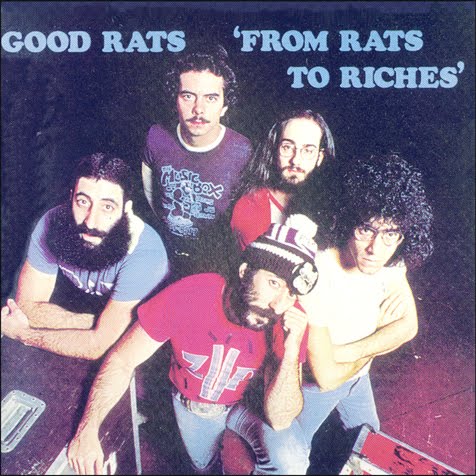 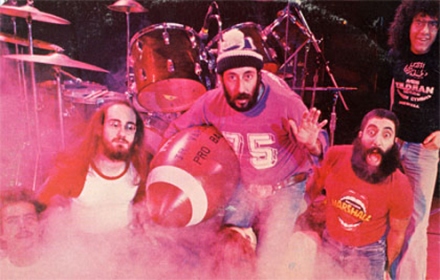 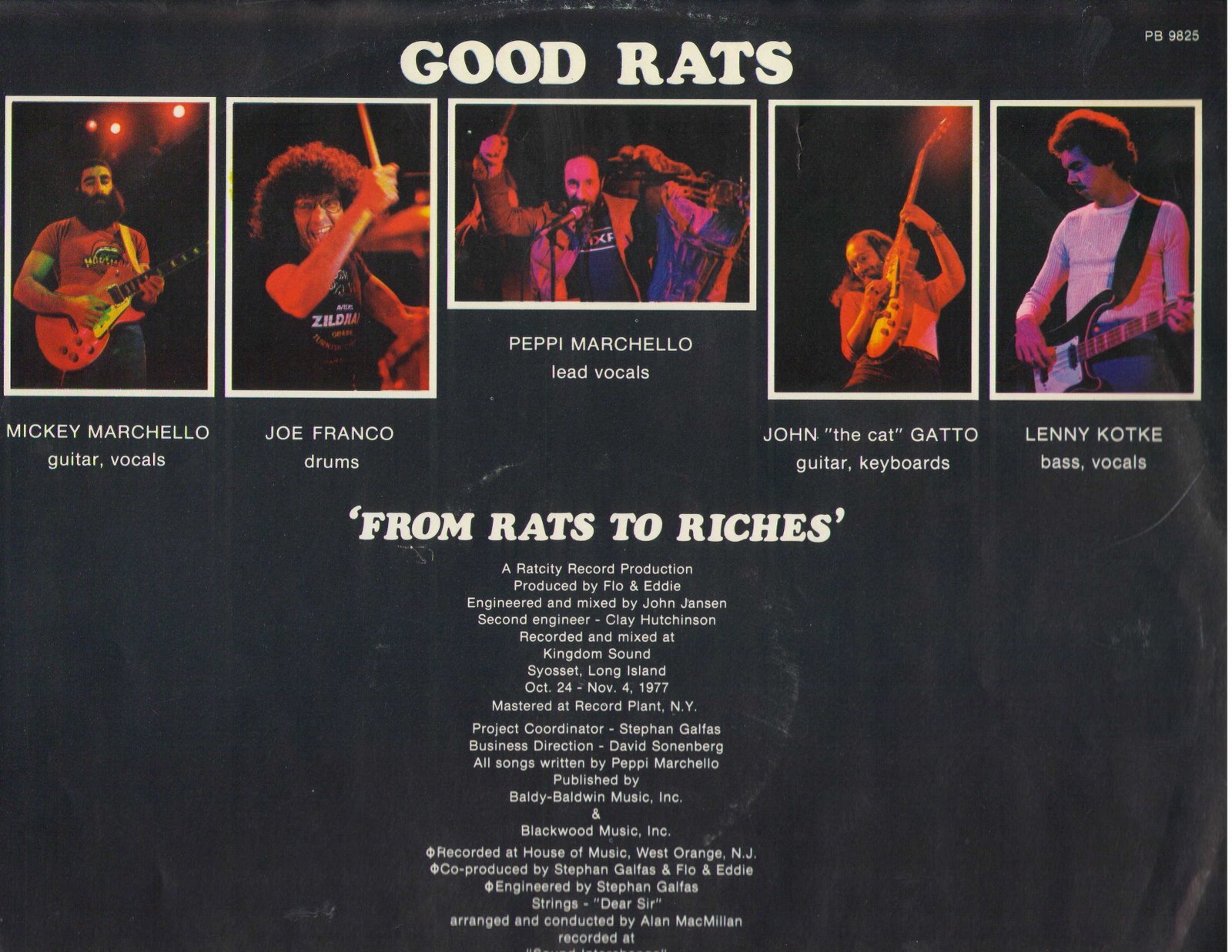 The Good Rats are a rock band from Long Island, New York. Their music mixes elements of rock with blues and pop. Although they have had some success both nationally and internationally, it’s on their native Long Island that they have always been best known.

Formed in 1964, the original group consisted of 5 students from St. John’s University…Ted Haenlein, Frank Stapleton, Eric Crane, Denny Ryan and Peppi Marchello. The group was originally called the U-Men and played most of their gigs in the Rockaways (Peyton Place & McNultys) & Long Island (The Attic, Tiger’s Tail etc.). In 1966, Frank Stapleton’s brother, John, arranged for the group to play at a club in Queens, New York (The John Doe Room) where a record company executive heard them and eventually signed the band, but suggested a name change was in order. The band continued to play top 40 covers while working on their own original music. During the latter part of the sixties, the composition of the band changed…by 1968, Eric, Frank and Ted (drafted and went to Viet Nam, but did rejoin the group from 1970–72) were gone, replaced by Peppi’s brother, Mickey, and Crazy Artie (bass) and Jim Roberge(organ).

In 1969, the band released their first album, the self-titled The Good Rats which had cult popularity with New Yorkers local and transplanted when it launched. Two of its more memorable cuts are the intro song: “We Are The Good Rats” where the band members do the “hello-hello-hello” greeting used by the 3 Stooges; and the landmark “Joey Ferrari”, a proto-punk song if there ever was one (“Joey Ferrari, though you’re from the poor side, don’t give you no right to go wild”). In 1972, the lineup changed, with guitarist Mike Raffenelo, bass player Lenny Kotke and drummer Joe Franco joining the Marchello brothers. John “The Cat” Gatto replaced Raffenelo shortly thereafter.

The Good Rats continued to build a following, playing Long Island’s thriving club scene, along with other notable names such as Twisted Sister, Zebra, and Rat Race Choir.

In 1974, the Good Rats released their best-known and most popular album, Tasty. It featured a blend of hard rock and blues, highlighted by Marchello’s raspy vocals. Various songs from this record, including “Injun Joe”, “Papa Poppa”, a rock ode about cults, the autobiographical numbers “Back to My Music” and “The Songwriter”, and the blues title track, received airplay around the country on FM radio. “Tasty” was a pop song about the talented musicians who Peppi fired from the band.

During the following years, the Rats performed at venues such as Madison Square Garden, The Philadelphia Spectrum, The Nassau Coliseum, The Hammersmith Odeon in England, and New York’s Central Park, as well as showcase rooms such as The Bottom Line in Manhattan, My Father’s Place in Roslyn, NY, Whiskey a Go Go in Los Angeles and The Paradise Room in Boston. They headlined or opened for bands such as Rush, Journey, Kiss, Meat Loaf, Aerosmith, Ozzy Osbourne, The Grateful Dead, Bruce Springsteen, and Styx. Live shows were famous for the band’s stage antics, as Peppi would play air guitar on his baseball bat, throw rubber rats into the crowd, and beat the daylights out of a battered garbage can as he sang.

Between 1976 and 1980, The Good Rats released a series of albums, including Ratcity in Blue, From Rats to Riches, Birth Comes to Us All, and Live At Last, all of which were well received by the band’s fan base, and received some airplay on FM radio, without actually putting the band over the top. In 1981, Gatto and Kotke left the band, and were replaced by future Kiss guitarist Bruce Kulick and bass player Schuyler Deale, (who later played with Billy Joel and Michael Bolton), for the album Great American Music. The band would do shows through 1983 and then breakup.

Throughout the 1980s, Peppi Marchello continued to write and produce recordings with his son Gene. They toured locally for a while under the name “Popzarocca” until the song “First Love” became a minor hit for the band (now renamed “Marchello”), with the music video receiving minor airplay on MTV’s Headbanger’s Ball. This band featured Gene on guitar and lead vocals and also included drummer John Miceli (Meatloaf, Rainbow, “We Will Rock You”). The band recorded two albums (only one which was released).

In the mid-1990s, Marchello and sons Gene Marchello and Stefan Marchello began playing out locally under “The Good Rats” name. They released three new studio CDs with this lineup, Tasty Seconds (1996), Let’s Have Another Beer (2000), and Play Dum (2002). Marchello also released a live recording of a 1979 appearance on a Rochester radio show, Rats, The Way You Like ’Em.

In 1998, Marchello wrote “A Tale of Two Balls,” the introduction to the book Conflicts of Disinterest (Aardwolf Publishing) by sometimes controversial author Clifford Meth.[1]

In the 2000s, the band continues to play in local venues throughout New York, Long Island, New Jersey and Connecticut, as well as playing annually in their own summer weekend outdoor festival aptly named “Ratstock”. At one point, the “new” Good Rats (Peppi and his sons) performed as the opening act for a reunion performance by the “old” Good Rats. Billed as “The Original Good Rats” Peppi was joined by Mickey, Kotke, Franco, and Gatto on October 4, 2008 in a small venue on Long Island, and for a pair of sold-out shows at B.B. King’s in Manhattan.

In 2008, Gene Marchello left the band to go out on his own. Nevertheless, The Good Rats, featuring Peppi and Stefan Marchello continued playing weekend club dates around Long Island into 2009. Meanwhile, the “original” lineup of Peppi and Mickey Marchello plus Gatto, Kotke and Franco are scheduled to play at least two more shows at B.B. King’s in April 2009. In the summer of 2010 The Good Rats played a free concert in East Meadow.

They were inducted into the Long Island Music Hall of Fame (www.limusichalloffame.org) in 2008.

Peppi Marchello is quoted prominently in the IDW Publishing graphic novel Snaked by Clifford Meth and has been the subject of other stories by the author.

In July, 2009, Peppi Marchello cut a series of three commercials for the car donation organization Kars4Kids.

The Original Good Rats continue to play two spring shows (in one night) annually at Manhattan’s B.B. King’s, as well as a show in the fall at “The Crazy Donkey” in Long Island.